I play-tested Of Feast and Famine this weekend.  The game went ok...  it didn't fundamentally break.  But the game did seem to take too long and it was too easy.  So, I've decided to make some changes.  And since I just sent en email to one of my play-testers about those changes, I thought I would be lazy and cut and paste the email here too.  :)

I think that's it.


And here's the image I referred to : 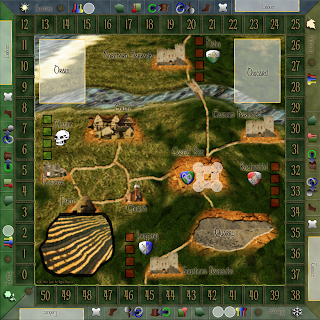